Fanatec is certainly going to town on these high-end peripheral reveals this week. First we had the astranomically-priced ClubSport Wheel Classic Rim. Now we have the announcement of its F1-inspired brother: the Formula Carbon rim. 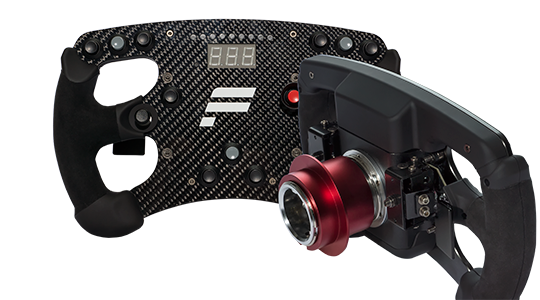 Whereas the Classic Rim was built entirely with premium quality aluminium and leather, the Formula Carbon Rim, as the name suggests, is made with real carbon fiber and a "sensational 3D effect and exchangeable grips."

Of course, its carbon fiber body puts it in line with the now-discontinued Fanatec's CSR Elite Wheel. Consequently, it means you can also expect to pay a similarly high price for the premium product – brace yourself, because the Formula Carbon Rim will set you back $249,95/249.95 Euro.

Again, we must stress that the cost only covers the rim attachment. You still need to buy the actual Clubsport wheel separately.

Fanatec haven't pinpointed a release date yet, but the Formula Carbon Rim is said to be released "very soon."