News on Need for Speed Heat is gradually leaking through and with that in mind, many YouTubers are delving into the history of the series, while eagerly awaiting the next iteration.

One recent video, in particular, caught our eye from Lazy Game Reviews (LGR). ‘We All Need Extra Speed’ is an unofficial expansion pack for the original 1995 version of Need For Speed on the PC. This new pack (apparently released by UK Gold in 1997 as a European exclusive) includes 500+ custom tracks.

As big fans of the series, and with retail experience throughout this period, we were surprised that this somehow passed us by. Perhaps it appeared in shareware bins or was released under a different label in the UK? 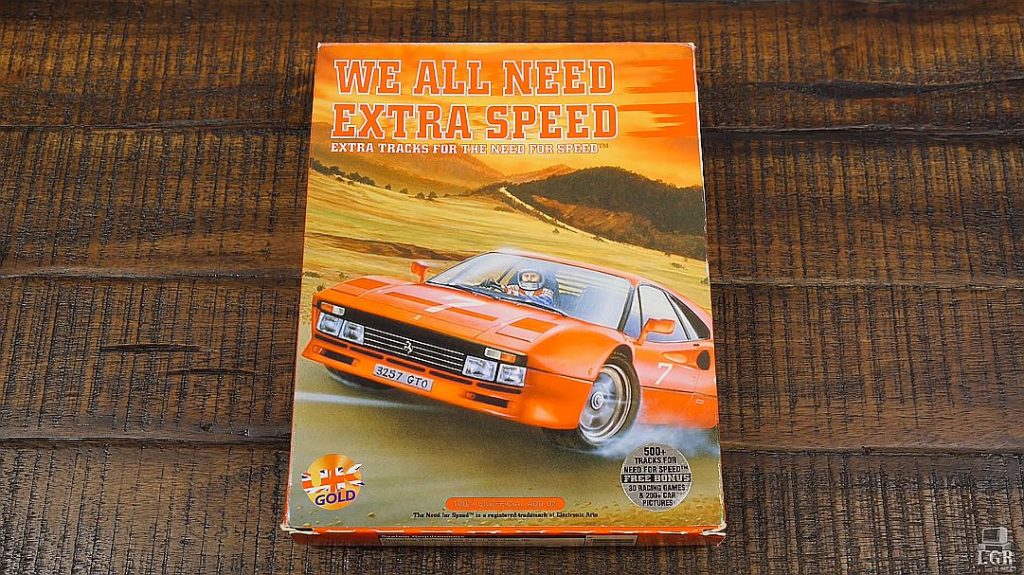 As big fans of the original title, we were keen to learn more and the LGR video certainly didn’t disappoint. Deep diving into the product, LGR tested some of the circuits before creating his own hilariously bad examples.

The tracks included in the package seem relatively fun to drive, however, with sparse details present in the environments, lots of graphical glitching and general lack of testing, it’s amazing anything like this ever got to retail. You have to remember that ‘back in the day’ additional content (add-on) or as many of you know as ‘DLC’ was a new thing, and folders for modding were much more available and easier to access.

Likewise, the law was a bit slow to catch up on the world of video games, much like it is generally slow at moving with internet technology now. Though it is still amazing to know this was a thing, even if not many reputable retailers stocked it, our assumption is that is was sold purely through independent retailers and non-specific game stores keeping it under the radar, as it were.

It is always amazing to discover what you could find in a shareware or bargain basement bin. In years gone past, there was very little in the way of testing – something Sega and Nintendo changed for the better.

We loved the feel of the original Need for Speed game but we must confess this package fails on almost every regard – though we did enjoy the sentiment. Check out the video from LGR above and one our Need For Speed videos below and you can follow our streams on Twitch. If you’re looking forward to purchasing Need For Speed Heat, you can pre-order from Amazon UK on PlayStation 4 here and on XBox One here.

Warp Drive is the very latest creation from Supergonk – the developer that gave us the unique track-painting arcade racer Trailblazers in 2018. Warp Drive is an anti-gravity racer with an interesting warping mechanic. Players can warp to other areas of the track to find new routes, shortcuts, secrets and extra boost pickups. The striking […]

If you’re a regular at Team VVV, you’ll be aware of our extreme fondness for Sega’s arcade classic Daytona USA – a game which hasn’t seen a new home conversion in almost 10 years. The title is strangely absent across all current platforms and only available on Xbox One via backward compatibility, thus creating a gaping […]

News GT Sport: a very tense race at a wet Tokyo excites us for the future

Earlier this year we saw the long-awaited announcement that wet weather conditions will be coming to GT Sport. Initially showcasing the tech on the Red Bull Ring, we took a few laps in the time trial mode to see how the cars handle. Later it turned out the cars would handle completely differently and far […]