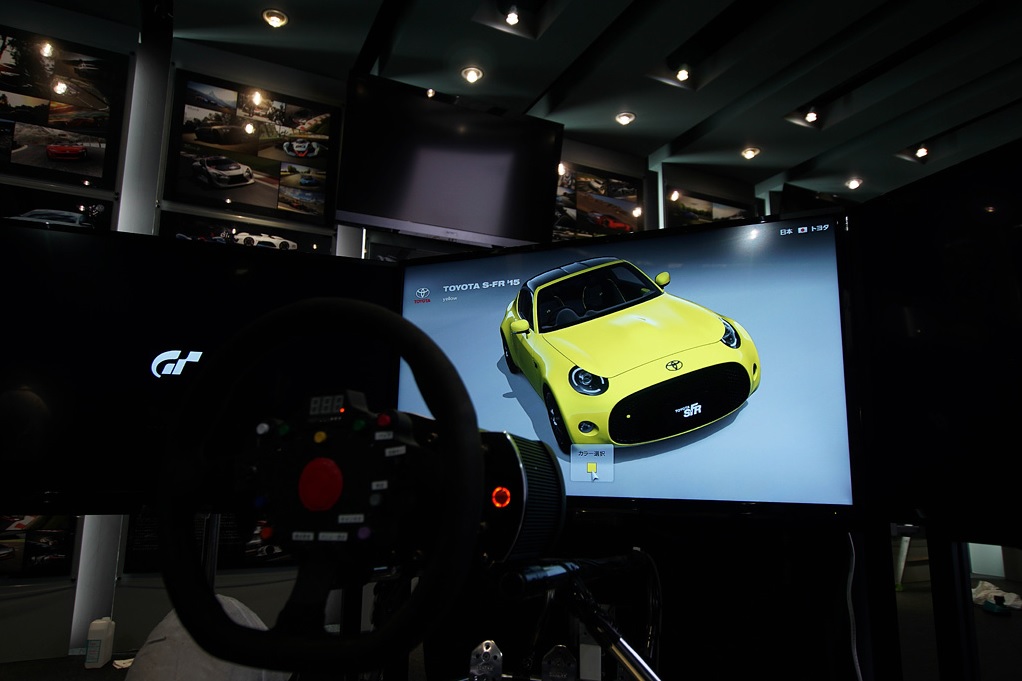 Despite this, those attending the Tokyo Motor Show (the automotive trade event where the Toyota S-FR has made its world debut) will be able to drive the car in Gran Turismo 6, via a motion rig built specifically for the show.

An updated version of the Nissan Concept 2020 Vision Gran Turismo that's also been unveiled at the Tokyo Motor Show can also be driven in a Gran Turismo 6 racing pod. However, as with the Toyota, Polyphony Digital won't be bringing the car to Gran Turismo 6.

The Toyota S-FR is a new one-off concept car that showcases what a lightweight, compact sports coupe from Toyota would look like. Whilst Toyota maintains the S-FR will remain a concept car, it's likely that this design study previews the firm's future rival to the Mazda MX-5 sports car.