In a surprise reveal, the Forza developers confirmed Toyota production cars will once again be featured in current and future Forza games.

Perhaps unsurprisingly, Forza Horizon 4 will herald that return. On 12th December later this year, players will be able to acquire the 1998 Toyota Supra RZ sports car (pictured below) for free in the open world title. 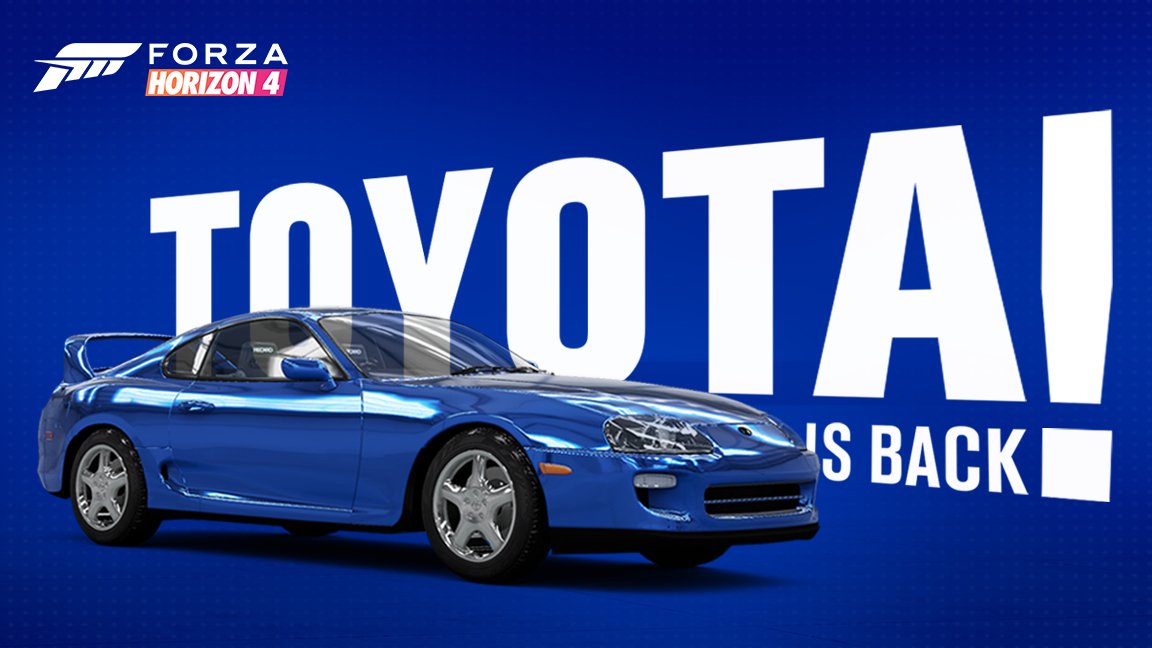 More models are expected to be on the way, as the Forza developers claim the Supra marks the start of Toyota’s return. In a Forza Monthly livestream, the Forza franchise community manager Brian Ekberg confirmed cars from Toyota’s sister brand Lexus will also come back to Forza, though didn’t say whether that includes Forza Horizon 4.

The Forza/Toyota announcement is an unexpected one, as the car maker had gone on the record in August 2019 to say its vehicles would only be represented in the PS4-exclusive Gran Turismo Sport “at the moment”.

Toyota’s return to Forza isn’t the first time a car maker has been reintroduced to the series. In January 2019, a batch of seven Mitsubishi cars was added to Forza Horizon 4; less than four months after the game launched without any Mitsubishi vehicles in its car list.