The Series 15 update for Forza Horizon 4 releases today and brings with it some special cars, a new Horizon Business, a new Showcase Remix, and more.

Series 15 adds four amazing cars to Forza Horizon 4 including the 2019 Bugatti Divo (named after Albert Divo, a successful Bugatti driver from the 1920s). Only 40 examples of the Divo exist – each with a price tag of around $5-8 million. 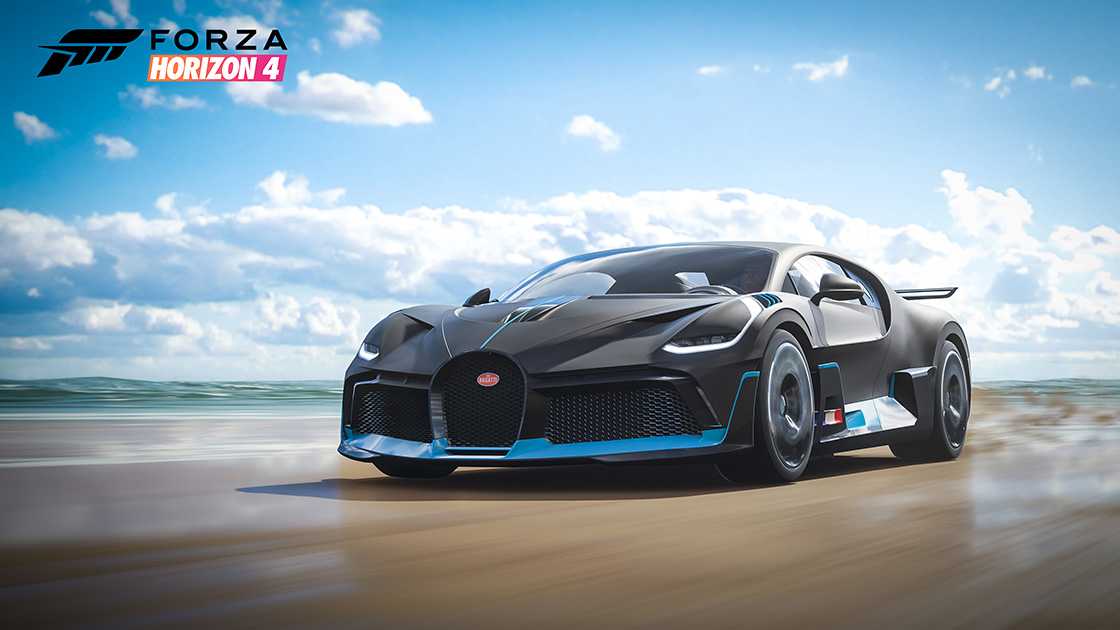 You can view the new additions to the Forza Horizon 4’s ever-expanding car list below.

The new “Upgrade Hereos” business (situated in the shadow of Glen Rannoch) enables players to join Alex as he hunts for the ultimate sleeper cars and turns them into “maxed-out Upgrade Heroes”. You can unlock a total of ten Upgrade Heroes vehicles for your collection, ranging from the Datsun 510 to the slightly faster Koenigsegg Agera RS.

The Series 15 update also includes some cross-platform fixes for a handful of cars, daily challenges, and more, you can view the full patch notes below.

NEW BUSINESS – UPGRADE HEROES
This update adds a fourth Horizon Business to Forza Horizon 4. Situated in the shadow of Glen Rannoch, you will join Alex as he hunts for the ultimate sleeper cars and turns them into Upgrade Heroes. Unlock 10 Upgrade Heroes for your collection, ranging from the Datsun 510 to the 1.5 million credit Koenigsegg Agera RS!

NEW SHOWCASE REMIX – MOTOCROSS PURPOSES
Talk about cross purposes. Or in this case MotoX purposes! Ok, that’s not a great pun… Never mind… Race against the MotoX bikes in the Aerial Nomad in this new Summer Showcase Remix!

SHOWCASE REMIX – ASSAULT ON THE CONTROL ROOM
Our remix of the Halo Experience Showcase returns! Don’t miss this opportunity to re-run the UNSC Fleetcom training exercise in winter, as it counts towards your Star Card progress as a Racing Superstar!

AUCTION HOUSE SEARCH IMPROVEMENTS
The search fields will no longer reset after performing a search in the Auction House. An improved system for selecting Manufacturers has been added.