The latest Forza Motorsport 7 content update has been released – with arguably the highlight being the iconic Porsche 917/30 Le Mans racer. 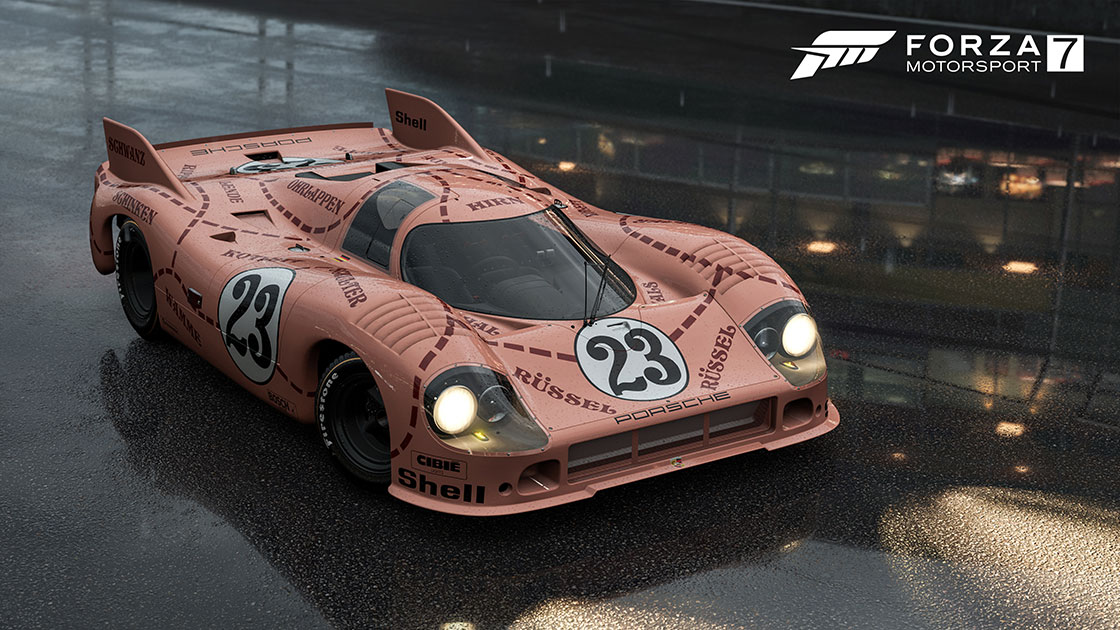 Accompanied in the update by the latest iteration of the Porsche 911 GT3 RS supercar, the Porsche 917 is also a pretty timely addition to Forza Motorsport 7, with a Porsche 911 RSR sporting the 'Pink Pig's livery securing a class victory at last month's Le Mans endurance race.

Upon installing the content update, many players will also be able to add an array of new vehicles to their in-game garage. 118 of the game's "locked cars" have had their restrictions removed, so now the only vehicles in Forza Motorsport 7 that can't be acquired with from the game's new car dealership are the Forza Edition cars and two "unicorn cars" (the 2008 BMW Z4 M and the 1958 MG MGA).

Following on from this change to the way some cars are made accessible in Forza Motorsport 7, the game's Prize Crates will no longer include cars. Instead, players will only be able to win avatar skins, profile badges and Mod Cards that increase singleplayer race earnings from Prize Crates.

Predominantly multiplayer users on Forza Motorsport 7 will notice some welcome changes upon installing the content update too. Lobby hosts will now be able to immediately remove 'griefing' players from the lineup, and the heavily reduced lag in the car selection menu now means players have more of a chance of selecting the car they want to use before the pre-race countdown expires.

Numerous tweaks and fixes round off Forza Motorsport 7's July content update, with the full array of general additions being listed below:

• Fixed an issue on the DLC/Car Delivery pop-up screen, where moving the right stick down would scroll all screens simultaneously.

• Fixed an issue on Windows 10 PC versions of the game, where the “Select” button would gray out when moving the mouse off the hopper you attempt to enter.

• Main menu buttons are no longer temporarily grayed out when dismissing the news message pop-up.

• Fixed an issue where, for PC players in Ultrawide settings, taking a photo with all UI hidden will still show camera settings displayed in the shot.

• Fixed an issue where players entering Test Drive in a lobby just as the first car finishes the race will cause the player to disconnect from the session when the next race begins.

• Fixed an issue where tuning sliders and arrows were not grayed out for areas that were not adjustable with your car’s applied upgrades.

• Fixed an issue where selling a tuned Hyundai Veloser N or Veloster Turbo in the Auction House would cause the game to crash.

• Fixed an issue where, after completing a race and gaining progress on a #Forzathon Challenge, the progress toast appears, then disappears before reappearing and playing the intended animation.