Playrise Digital have revealed the long-awaited release date for their mini combat racer Table Top Racing: World Tour: get ready for your memories of Micro Machines to come flooding back next week on May 3rd when TTR: World Tour screeches onto PS4 in Europe and the USA via the PSN store. 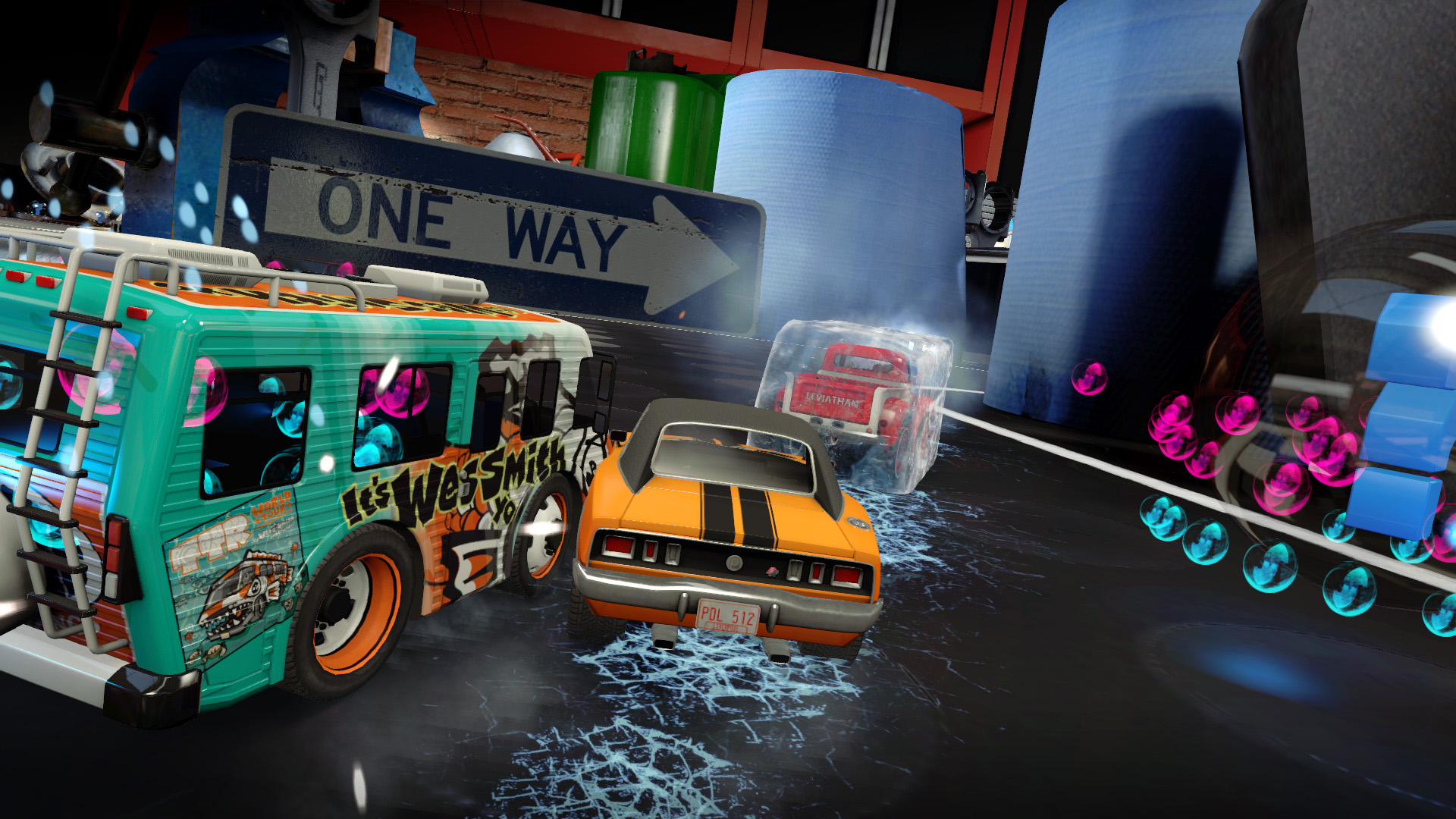 And it gets better:  TTR: World Tour will be available for free as part of May's PlayStation Plus Instant Game Collection.

“We’re delighted to finally release TTR: World Tour on PlayStation 4, it’s been an amazing adventure to get to this launch!” commented Nick Burcombe, CEO and Game Director of TTR at Playrise Digital, “We can’t wait to see what the players will think of our brand new game, it’s free for PS+ subscribers for one month, so we’re really looking forward to getting feedback from games and no doubt seeing some seriously competitive online racing when the game hits next week!”.

As you probably know by now, Nick is best known as the original co-creator of WipEout. His experience with WipEout has fed into the design of TTR: World Tour, a fast paced, high-octane mini combat racer with crazy tracks and powerups.

TTR: World Tour marks the series' debut on current-gen consoles following the mass success of the hit mobile original which has been downloaded 9.9 million times, which has enabled the team to upgrade the graphics significantly and make the tracks more dynamic. 12 fully customisable mini motors will feature with unique handling characteristics, along with 24 tracks in a Championship mode which also features Special Events.

▪ 8 PvP multiplayer combat racing – it's both addictive and vindictive

▪ 8 Cunning Power-Up weapons with both attack and defence capabilities

Xbox One and PC releases are also planned for TTR: World Tour at a later date.

Launching TTR: World Tour for free on PS Plus is a smart move to create a large install base, which is crucial for creating an online community. Hopefully it will repliate the success of Rocket League.