With Project CARS 2 now out in the wild, you might be wondering what Slightly Mad Studios' next project will be. Well, CEO Ian Bell may have accidentally revealed that the studio is working on a new Fast and Furious game earlier than he perhaps should have. 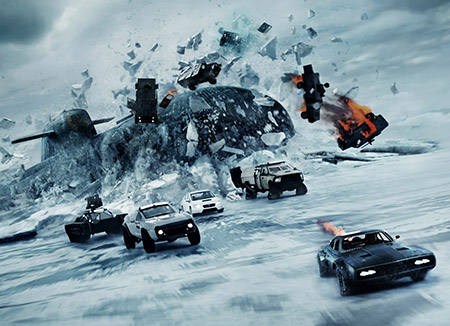 While nothing has officially been announced yet, Eurogamer reports that the CEO made some rather candid comments during a surprise appearance in a live stream of Project CARS 2 by Australian YouTuber SpotTheOzzie.

"Guess what the latest Need for Speed game is doing, and have a think about which Hollywood film they're copying," said Bell talking about the studios' next project. "And then I can tell you we have a six-year deal with that major Hollywood company that'll beat what Need for Speed is doing. For the next six years." It's obvious that Bell is referring to the Fast & Furious franchise, which was the main inspiration for Need for Speed Payback's cinematic chase and heist missions. An official announcement of Slightly Mad Studios' Fast & Furious game will be made in the next two to three weeks, according to Bell.

It's well worth watching the stream, as Bell provides a refreshingly frank insight into Project CARS 2's development. He even admits that the game isn't perfect in its current state, yet is still a commendable achievement considering it's competing against Forza Motorsport and Gran Turismo and was made for a fraction of their budgets.

Bell also didn't have many kind words to say about his time working with EA on the Need for Speed Shift series. Apparently, a third Shift game was planned, but was scrapped weeks before development was scheduled to begin. "They tried to destroy us, and we have no love for EA in this company," he said.

This won't be the first time a Fast & Furious game has been released. As well as several mobile games, Eutechnyx developed The Fast and the Furious for the PS2. Then there was Fast and Furious Showdown coinciding with the release of Fast and Furious 6, but we'd rather forget that atrocity ever happened. Fast & Furious has also featured in the Forza Horizon series in the form of car packs and a free expansion.

Given that Slightly Mad Studios has focused on racing simulations dating back to Need for Speed Shift, it will be interesting to see how an action driving game will benefit from the technology and physics used in Project CARS.