Playing some of your favourite ‘90s games has become a little easier and prettier today as Sega announced its intention to bring back a number of its Mega Drive classics on via its new emulator on Steam.

In a statement on its UK website, the publisher announced the “SEGA Mega Drive Classic Hub” will be a free update coming later this month that allows anyone with a purchased Mega Drive title to play their game within a stylised 90’s bedroom environment.

The aesthetic created by designers d3t is trying to recreate a typical childhood bedroom with that “oh so ‘90s” vibe right down to the CRT television and the large wooden stereo system. Users will interact through different bedroom items to change the relevant settings and the games will be played with a TV skin round them helping to recreate the feel and screen ratio that the games were originally meant for. 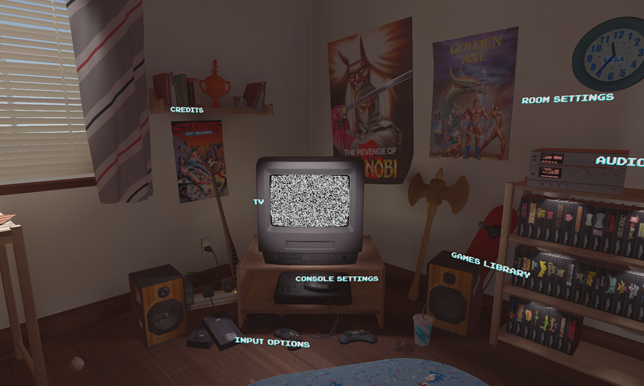 Making some concessions to this millennium’s gaming setup SEGA did confirm that these titles will support a number of additional more modern features include the ability to graphically enhance games via filters, local coop for games where applicable and an ability to save the games at any point in the gameplay (so no more leaving your console on overnight to finish a level!)

The update hits the UK on April 28th with support for the US announced but with a date currently unspecified. Games are retailing individually for 1.99 but bundle options are available on the steam store

A full list of the titles available at launch can be found below:

Ecco™: The Tides of Time

Landstalker: The Treasures of King Nole

News on Need for Speed Heat is gradually leaking through and with that in mind, many YouTubers are delving into the history of the series, while eagerly awaiting the next iteration. One recent video, in particular, caught our eye from Lazy Game Reviews (LGR). ‘We All Need Extra Speed’ is an unofficial expansion pack for […]

Today marks the release of Out Run – the very latest game in the range of classic SEGA AGES titles. The legendary 3D driving game which first released all the way back in 1986 to critical and commercial success features new motion controls, additional music tracks, and a new ranking system. You can view the […]

The absolutely legendary arcade racing title Out Run will be racing its way onto the Switch eShop early next year. Sega continues to expand their Sega Ages line-up with the classic arcade racing game which first released all the way back in 1986 to critical and commercial success. According to the official website Out Run […]