A Porsche-themed expansion pack appears to be in the pipelines for the Xbox One version of Forza Horizon 2. 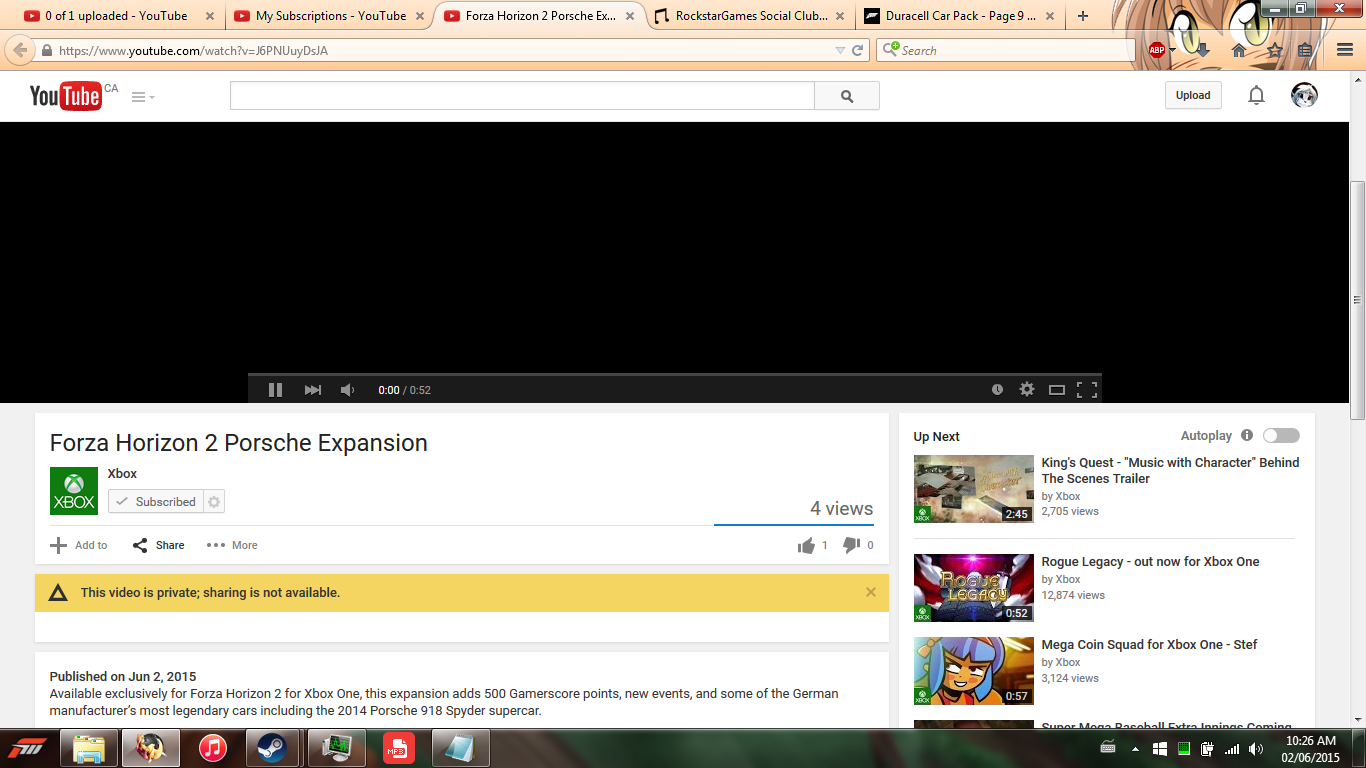 Allegedly detailed in the title and description for the Forza Horizon 2 Duracell Car Pack trailer on YouTube (pictured, sourced from the official Forza Motorsport forums), the 'Porsche Expansion' appears to be a fairly substantial content add-on for the title, if it is indeed in the works.

For instance, the expansion will supposedly add new events to the title, along with allowing players to attach a further 500 Gamescore to their profiles.

The Porsche Expansion is also said to include "some of the German manufacturer's most legendary cars including the 2014 Porsche 918 Spyder".

If true, this will make Forza Horizon 2 the first racing game not published by EA to feature the Porsche 918, McLaren P1 and Ferrari LaFerrari hypercars.

More information on the Porsche Expansion for Forza Horizon 2 (should it actually be coming to the game) is expected to be disclosed at Microsoft's E3 press conference on 15th June.