Microsoft has revealed the all-new Porsche 911 GT2 RS will be the cover car for Forza Motorsport 7 – and thus make its racing game debut in the upcoming title. 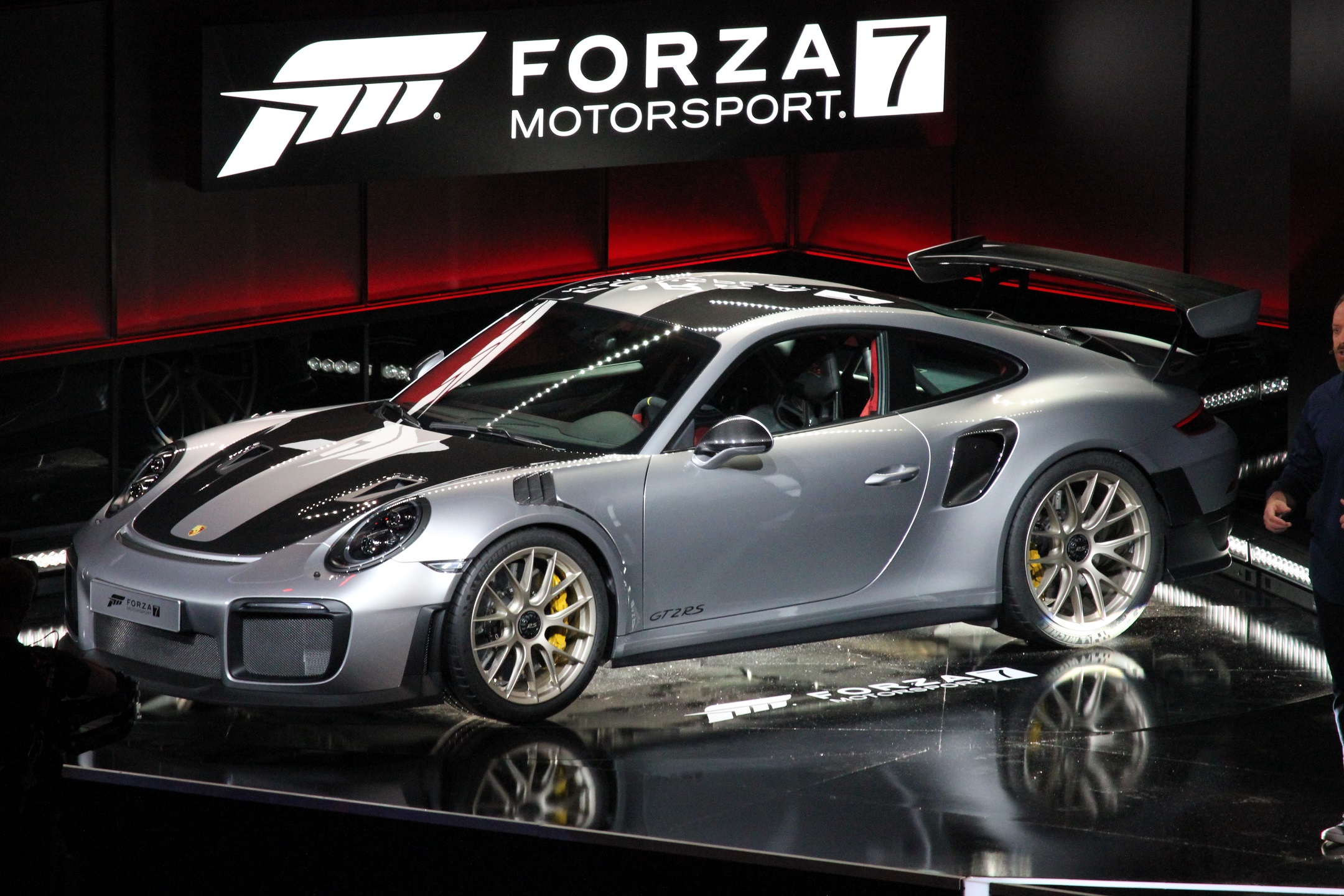 On top of the announcement of its cover car status, the new 991-series of 911 GT2 RS was also unveiled alongside Forza Motorsport 7. As such, the GT2 RS is the first production car to be officially unveiled at a gaming event.

It's also worth pointing out that the Porsche 991 GT2 RS headlines a rather significant car roster in Forza Motorsport 7. As well as having the largest ever vehicle line-up ever amassed in a Forza game, with over 700 cars set to be included in the base game, Forza Motorsport 7 also contains the biggest collection of Porsche models to ever be featured in a racing game.

Technical specifications for the car are scarce at time of writing, though it has been confirmed the 991 GT2 RS will be powered by a 640bhp, twin-turbocharged 3.8-litre flat-six engine.

More information on the Porsche 991 GT2 RS will likely be officially disclosed in the coming weeks and months. It's also highly probable the vehicle will make its official automotive event debut at either the upcoming Goodwood Festival of Speed in July or the Frankfurt Motor Show in September.