Need for Speed has received its latest patch update, and it's a pretty substantial one adding many fan-requested features. 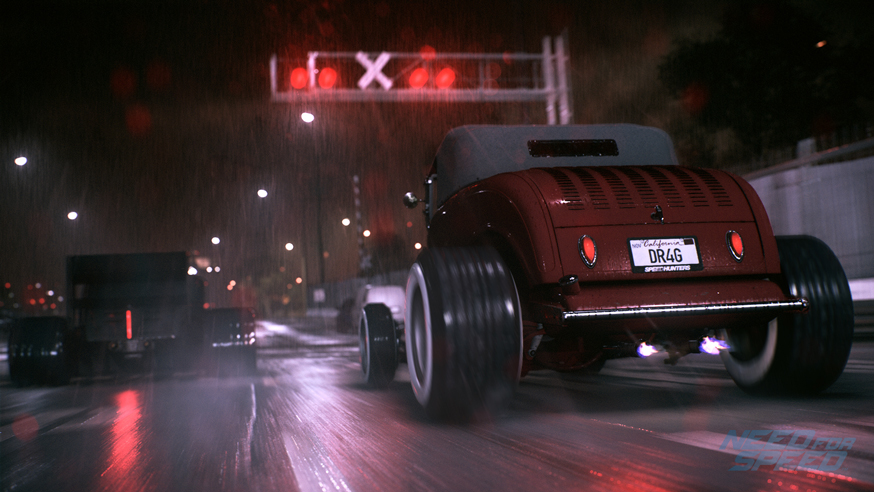 As promised, manual transmission has finally been added to Need for Speed as part of the March update.

The update also adds two new hot rods to the car roster. First up is the '1932 Hot Rod' availabie with four unique bodykits enabling you to transform it into a soft top, coupe, sedan or pickup. It's fully customiseable too, with parts available for the hood, lights, grille, exhausts, bumpers and more.

The second hot rod is the monstrous ‘BeckKustoms F132’ designed by Aaron Beck. Put simply, this is an insane Frankenstein combination of cars using the shell of a 1932 Ford, a Formula One-style chassis and a NASCAR engine.

But what good are these new cars if you can't store them? Well, after receiving a number of complaints from the community, Ghost Games have expanded the garage space: whereas before you could only store up to five cars at a time, you can now store up to 10.

Need for Speed's wrap editor has also been improved in the update: "One of the most common bits of feedback we’ve received about the Wrap Editor is that you would like a coordinates system allowing you to position decals with a lot more accuracy," Ghost Games wrote in a developer blog. "This information will now be shown in a panel below the selected decal in the edit decal menu and will update in real time when the decal is transformed."

"Writing on your car also becomes even easier as we introduce Text Decals 2.0 and selectable fonts. Simply select your desired font and a popup will appear where you’ll be prompted to input your desired text."

Ironically, the update rectifies some of the criticisms highlighted in our recent Need for Speed review, although the game is still lacking in other key areas such as its desolate city, campy cut scenes and limited car customisation. While Ghost Games' post release support for Need for Speed is commendable, it's a worrying trend seeing fundamental features like manual gears being added in updates when they should be featured in the first place.