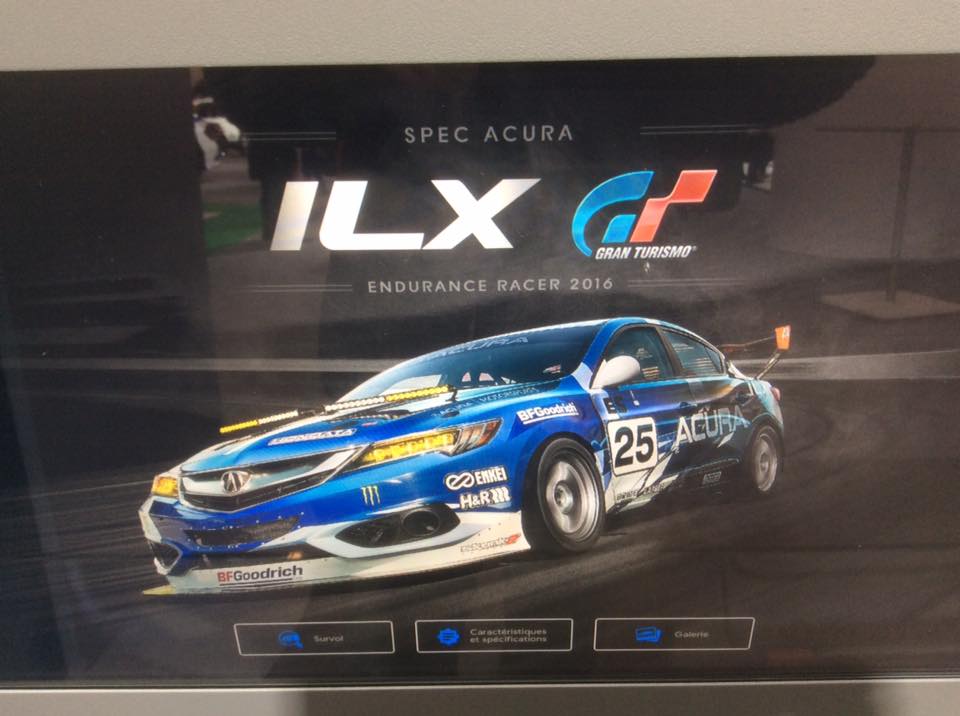 First reported on by GTPlanet, the recently-released photo showcases the 25 Hours of Thunderhill-spec Acura ILX info screen, with the Gran Turismo logo clearly in view.

It's not entirely clear how the Gran Turismo series and the Acura ILX competition car are connected, though it's probable that GT developer Polyphony Digital is linked to the programme in some way. After all, the studio has stated in the past that it's helped develop other racing cars, such as Lexus's RC-F GT3 car.

Should there be a connection between Gran Turismo and the ILX racer, then it's likely the Acura endurance car will be featured in the upcoming PS4-exclusive title Gran Turismo Sport – a game that's percieved to place a great emphasis on real-life motor racing.