Obliteracers, a fun same-screen cartoon-style combat party racer where you race against aliens on exotic planets no less, will be arriving on Steam on February 23. 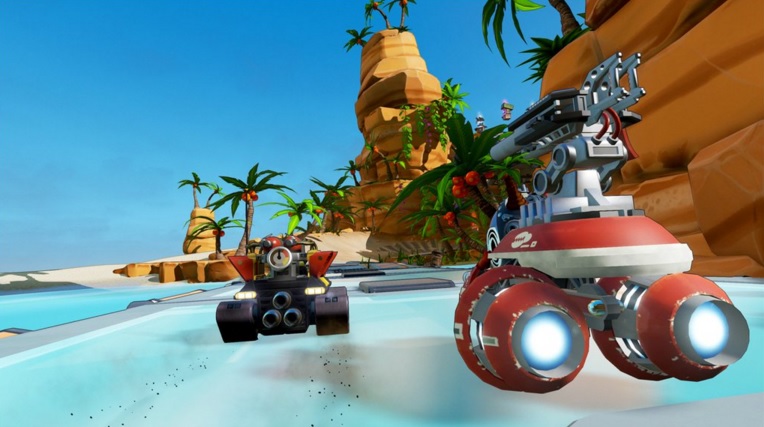 Australian based developer Space Dust Studios have been play testing their debut title Obliteracers “like crazy” over the past few weeks and you could say they’re confident enough in their product to announce the surprisingly close release date.

Obliteracers (formally known as Space Dust Racers) is set in a post-human future with races on far away planets outside of our own galaxy. The game looks great with impressively detailed vehicles and environments which are bursting with character. Perhaps the most impressive feature about Obliteracers however is the support for up to 16 local players (that’s up to 16 players on one screen at once!), you can even use your smartphone or laptop as a controller too which is handy.

Any player that falls behind the action or falls (or gets nudged, shot etc) off of the sides of the track will be eliminated until only one remains and points are dished out accordingly. Obliteracers is a good example of a fun easy to pick up and play party racer which should provide plenty of fun moments (and shouting) with friends or online.

Obliteracers is also in development for the Xbox One and PlayStation 4 consoles although no announcements regarding releases on those platforms have yet been made.