The entire map for Forza Horizon 4 has been revealed – the first time a Forza Horizon environment world has been officially unveiled ahead of the game’s release. 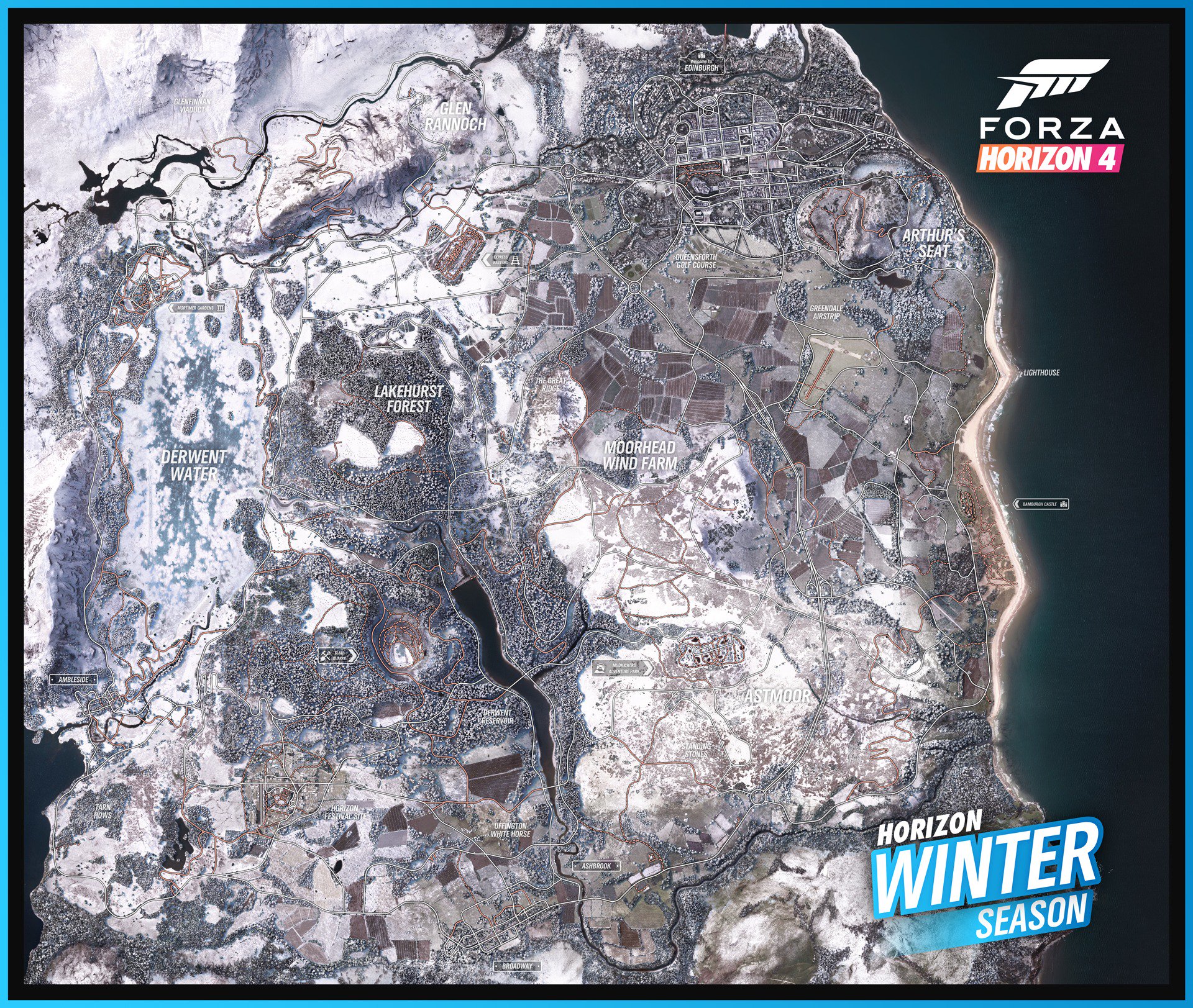 Despite this, a large chunk of the United Kingdom is represented in Forza Horizon 4. Stretching from the the Glenfinnan Viaduct in the Scottish Highlands to Oxfordshire’s famous Uffington Horse monument, Forza Horizon 4’s map also has a breadth running from the Lake District to the Northumberland coastline.

Forza Horizon 4’s changing seasons feature (which sees the environment alternate from spring, summer, autumn and winter settings on a weekly rotation) promises to provide players with regular new game experiences. Winter has perhaps the most drastic on-paper alterations, courtesy of the distinct environment aesthetics and factors such as snow and ice to contend with when driving.

In addition, the winter setting will open up areas of the map that are inaccessible during the other three seasons. For example, a barn find car is located on an island in the middle of the Derwent Water lake – meaning players can only attempt to uncover the hidden vehicle when the lake freezes over.

More details on Forza Horizon 4 are anticipated to be revealed during another Playground Games-presented livestream next week.