The fourth and final GT Academy 2014 qualifying round is now available for Gran Turismo 6 players to take part in. 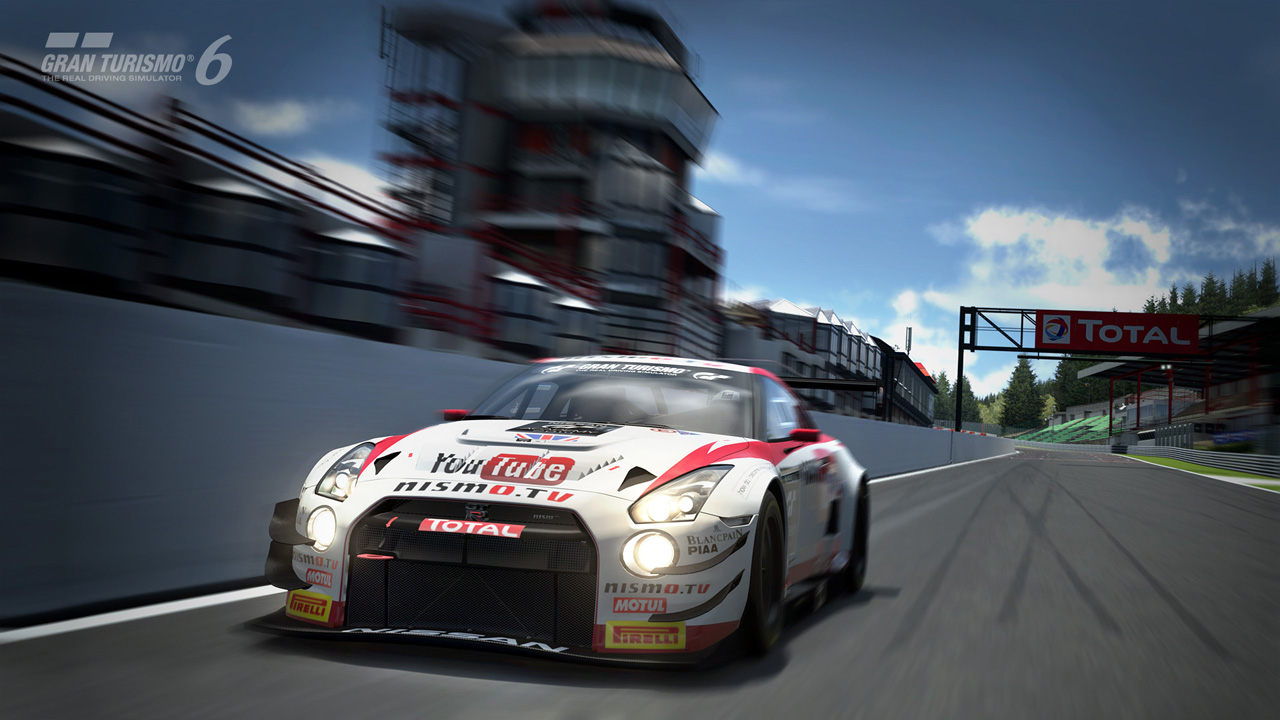 As with the prior three events, Round 4 tasks players with setting a lap time around a certain track: in this case, around Spa-Francorchamps in a Nissan GT-R Nismo GT3 racing car.

The car featured in the challenge is one of historical significance to the GT Academy: the very GT-R GT3 used in Round 4 is the same one that GT Academy winners Lucas Ordonez, Jann Mardenborough, Wolfgang Reip and Peter Pyzera drove to a third place finish at last year's Spa 24 Hours endurance race in the Pro-Am class

Whilst the podium-placed GT-R GT3 racer is an all-new vehicle to the Gran Turismo franchise, it's currently unknown at this moment in time if or when the car will be released in Gran Turismo 6,

Upon setting a lap time, GT Academy 2014 entrants from participating countries will have their lap time posted on the 'Your Region' lap time, with the fastest drivers from each territory being promoted to the National Finals come the end of the qualifying process.

Prospective NISMO Athletes will also have the oppurtunity to progress to the National Finals through the GT Academy Challenge mini-game on Facebook.

It's worth pointing out that, whilst all Gran Turismo 6 players can complete the four qualifying rounds, those who aren't residents of the participating countries won't be allowed to progress any further throgh the competition.

It has been a tough week for the GT Academy contenders and they'll need to give it one more big push today which sees the very final race challenge take place and we will then of course see the winner announced thereafter. You can watch the event live on the NISMO TV stream, starting at […]

Six U.S. GT Academy finalists have been announced, the talented bunch will represent the United States at the week-long International Race Camp which takes place at the world famous Silverstone track. The two-day camp tested the mettle of the drivers in both virtual and real racing, not to mention some strenuous physical tests which involved […]

The fourth and final round of the 2015 GT Academy online event is now live and available to play in Gran Turismo 6 on the Playstation 3 console. The last qualification round will task you to drive the new Nissan GT-R LM Nismo LMP1 racing car around the Le Mans circuit as fast as you possibly […]