Joining Fantaec's family of ClubSport Wheel rims this time is the Flat1 Rim, which, in this writer's opinion, is one of the snazzier-looking rim add-ons revealed so far. 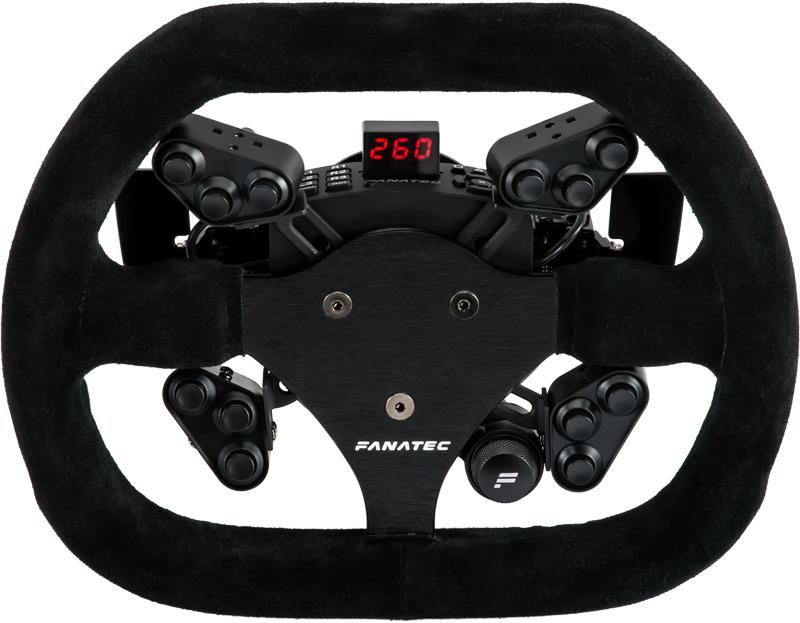 Like the Round1 Rim announced last week, the Flat1 Rim is smaller than some of its brothers, measuring at just 270 mm in diameter. It's also coated in swish suede leather and comes equipped with a myriad of buttons and a tuning display.

Unsurprisingly, as with every rim announced in the last week, the Flat1 Rim costs a small fortune, retailing for 349,95 Euro / USD when it's released this summer.

There's seemingly no end to this sudden spree of rim reveals, as Fanatec tells us there's still plenty more to come.

Which is your favourite so far? Let us know in the comments below, on our FaceBook page or on our forum.