Developer Vector Unit has today confirmed (via their official Twitter page) that a sequel to Beach Buggy Racing will release this year. 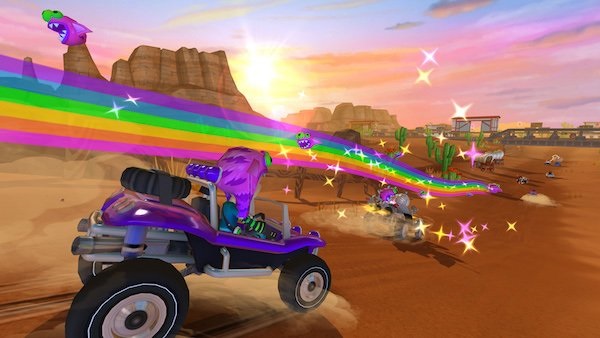 Beach Buggy Racing 2 is currently scheduled for a summer 2018 release and will launch first on mobile then “consoles” later.

The original Beach Buggy Racing (seen below) first released in September 2014 and has seen releases on countless platforms including Android, iOS, PlayStation 4, Xbox One, Switch, and PC.

We can no doubt expect the off-road kart racing sequel to continue its brand of zany weapon-based racing complete with interesting customisable vehicles and a number of colourful environments.

We’ll bring you more on Beach Buggy Racing 2 as soon as we know more.

You’ll be forgiven for forgetting all about Zordix Racing’s upcoming physics-based off-roader OverPass. Originally scheduled for an October 2019 release, the game was put on hold to improve the physics simulation which wasn’t quite where it needed to be. Fortunately, the extra time has been put to good use as improvements can clearly be seen […]