Jann Mardenborough's first foray into racing games started on the PS1 with the original Gran Turismo. Little did he know that this very series would shape his future career as a real life professional racing driver.

It was all thanks to the GT Academy, Sony's annual competition where players compete to set the fastest times in Gran Turismo and earn a chance to win a place with Nissan's real life racing team.

After competing with 90,000 entrants and enduring a series of grueling physical and mental tests, the young hopeful became the winner of the 2011 GT Academy, and went on to participate in the Dubai 24 Hour where he finished in third place with Nissan. This year he secured podium for his class at the 2013 Le Mans and is now looking for further success in single seater and Formula 3.

As another crop of drivers enter this year's GT Academy, Alan popped along to the London O2 Wildcard event where some last minute hopefuls were competing for a coveted spot in the GT Academy 2013 UK finals. Jann was on-hand to talk to us about his first experience with racing games, reflect on his memorable time with the GT Academy 2011 and muse about his future aspirations as a young racing driver.

//www.youtube.com/embed/xvW_X3ZAdVg?list=UUEvr879Hns1Ccb_gVaV7-5w
We'll have more in part 2 of this exclusive interview, where we learn more about Jean and find out his personal tips for talented young drivers in the future. 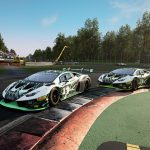 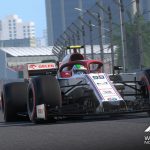 In recent years games and simulations have often granted the first opportunity of seeing and driving on a new F1 circuit. Sotchi was a perfect example where gamers had a fresh circuit, never seen, no established racing lines, this giving an opportunity to learn and discover the speed without external influence, Hanoi is a similar […] 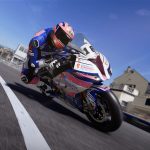 Despite the global pandemic, development teams have been working hard to continue with current projects through the obvious upheaval. TT Isle of Man – Ride on the Edge 2 released in the eye of the storm as it were, and no doubt this slowed the initial progress but since then the development team have been […] 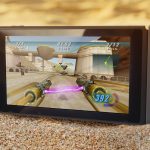 Catching up on various racing news and a particular highlight has been the recent announcement that Star Wars Episode I: Racer is to be released for Nintendo Switch and PlayStation 4 along with updated controls. Based on the official information supplied; the game will include 25 playable racers, among those Anakin Skywalker, Sebulba, and Ratts […]

Refund option failing to work and can’t get my money back from Cash App?

How can a Cash app unlock account to use it?

Link issue while opting to send money from PayPal to Cash App? Get customer care

Can’t get my money back from Cash App due to Touch Id issue?

News Numskull budget wheel test, is it any good?

Having the right peripheral for the job is critical when it comes to enjoying your gaming, potentially making play easier, more intuitive and more fun. In the case of steering wheels, this is an essential element to getting more from your gaming experience. But the cost can be off-putting to many, especially if the wheel […]

After a bit of a hiatus the Team VVV Video Podcast is back and with the world of automotive gaming constantly expanding, there’s always so much to talk about. In the coming weeks we’ll aim to expand the chat to your questions, bring in new guests and aim to distribute it more widely to enable […]

Warp Drive is the very latest creation from Supergonk – the developer that gave us the unique track-painting arcade racer Trailblazers in 2018. Warp Drive is an anti-gravity racer with an interesting warping mechanic. Players can warp to other areas of the track to find new routes, shortcuts, secrets and extra boost pickups. The striking […] 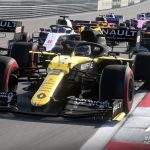 F1 2020 was announced a few weeks back and since then we’ve been patiently awaiting a hands-on. As an annual franchise there is always the challenge to improve in every way, often that isn’t possible and sometimes there could be the option to turn to gimmicks. But Codemasters have always forged ahead with valuable aspects, […] 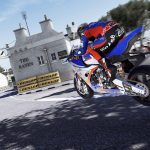 We’ve been busy covering a number of aspects for the much-anticipated sequel to TT Isle of Man – Ride on the Edge which is due to release tomorrow, March 19 across PlayStation 4, Xbox One and PC with a Switch version to follow. The sequel boasts an all-new Career Mode, the new location of Ireland, […] 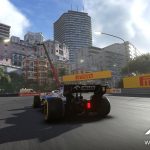 COVID-19 is changing the world as we know it, from sport and entertainment, to work and family life. Following the massive success of the racing Esports streams last weekend, Formula 1 has been quick to seize on the opportunity, announcing that this would become a regular occurrence in establishing the new F1 Esports Virtual Grand […]